When I Consummate My Marriage Do I Lose My Virginity? 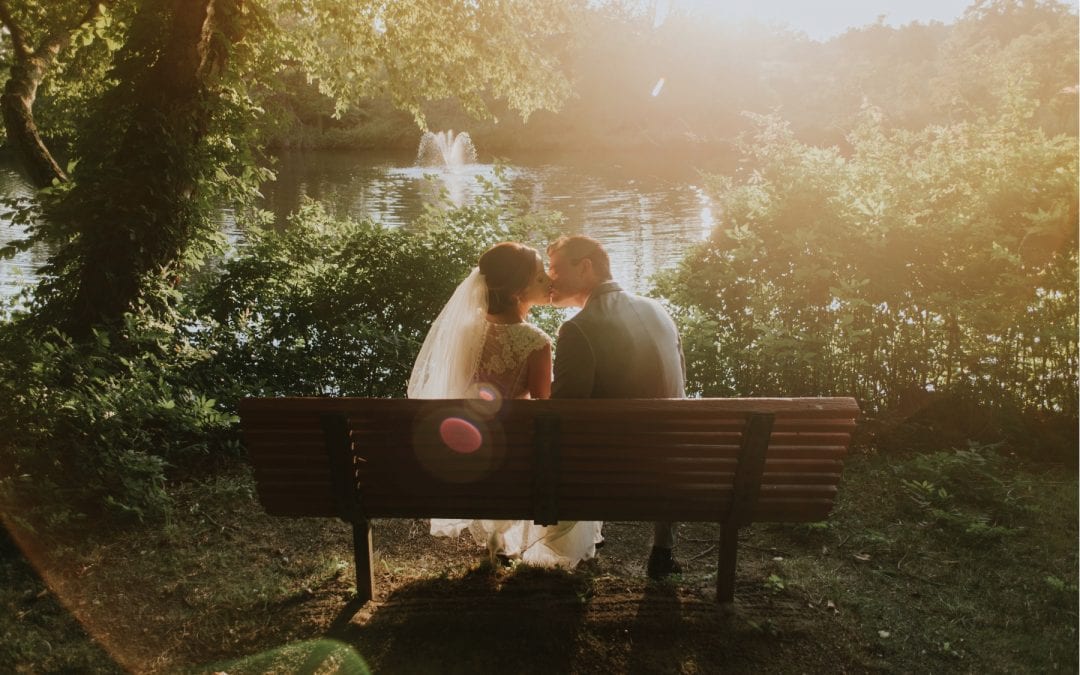 When Pope John Paul II used the term virginity, he meant, the total self-gift of the individual to God.  Expanding on categories first explicitly articulated by SS. Jerome and Augustine, he distinguished between physical virginity and spiritual virginity, noting that it is possible to be a physical virgin without being a spiritual virgin.  This happens when we do not reserve ourselves wholly for God spiritually, though we have not yet had, or may intend never to have, conjugal relations.  Because the body and the person are one, in other words, John Paul II wished to emphasize, in his use of language, the fact that the gift of body and the gift of self should not be torn asunder.  The implications for this line of reasoning, however, also go another way, and can help us understand more richly the real nature of the vocation to the married, conjugal life.

John Paul II did not, himself, employ the term virginity to one presently living the conjugal life—although he does admit the category of so-called secondary virginity, or a reclaiming of virginal intentionality after the loss of physical virginity. He is well-aware of the passage in Ephesians 5:21–33, in which Paul describes Christian marriage as a sacramental sign of Christ’s union with the Ever-Virgin Church.  It is precisely in and through the process whereby Christ “takes her to himself,” that the Church is rendered perfectly and perpetually virginal (cf. 5:27).  Paul discusses, here, a restoration to a pure state, through grace, whereby the proper relations between Man and God, having been set right again, enable us to participate in the original harmony of Eden, and to foretaste the abundant life of the world to come.  By way of analogy, therefore, Christian marriage can and should be a participation in spiritual virginity.

How is this so?  We must always remember that, behind every earthly husband is the heavenly Bridegroom, Christ.  Total self-gift to the earthly husband can be made, by grace, as an outward expression of one’s total self-gift to God—i.e., virginity.  This side of the Parousia, no human being short of Jesus and Mary is perfectly capable of doing this, whether in celibacy or married life.  But while Christian marriage may not be a perfectly-realized relationship, it is, quite certainly, a participation in a higher theological mystery, as Paul himself indicates.

When we speak of virginity for married couples engaged in the conjugal life, we mean to suggest that grace enables a radical union between the self-gift to the earthly spouse and the self-gift made to God, so that the two are not competing allegiances, but the very same act of self-surrender, obedience, and prayer. Observance of the first and second tablets of the Covenant, in other words, is a single spiritual reality; for Christ says that total self-gift to God and perfect love of neighbor are together the cornerstone of the law and the central concern of the Prophets (Matt 22:34–40).  We should remember that, in Matthew’s Gospel, this declaration from Christ immediately follows a discussion of the mysterious relationship between marriage and heaven (Matt 22:23–33), in which Christ corrects his interlocutors for their failure to understand that fidelity in marriage is understood properly only as an expression of fidelity to the heavenly spouse, so that there is no need to thrash out false rivalries between earthly spouses at the gates of heaven.  Heaven itself is their resolution.  Thus, Christ points out that the Sadducees’ inability to understand heaven and resurrection is directly related to their inability to understand marriage and vice-versa.

Christ does not oppose love of neighbor to love of God but intertwines them; nor does he oppose marriage to the observance of the fullness of the law.  Thus, if it is possible to love God with one’s whole self and live a married conjugal life at the same time, and spiritual virginity is understood as total self-gift to God, then it is possible, by the grace of a Christian marriage, to be spiritually virginal even while living the conjugal life. Indeed, Joseph Cardinal Ratzinger, in his 1990 address to the John Paul II Institute for the Study of Marriage and Family in Washington, DC, attributed to St. Maximos the Confessor this very sort of point.  He affirmed in Maximos a radical emphasis upon what can be called, the theotic Christiformation of the faithful, saying, “‘If you have seen me, you have seen the Father’ (John 14:9);  if you have seen me [i.e., Maximos], you have seen the Father.”

This is precisely the sort of insight to which Paul is alluding at Ephesians 5:21–33.  The Christian husband is, himself, Christiform.  With “Christ who lives in him” (cf. Galatians 2:20), he can say to his wife, in the uniqueness of that relationship, “If you have seen me, you have seen the Father.”  He has become, for his wife, a kind of “sacrament” of Christ, so that, for his wife to love him is for her to love Christ himself, and to see the Father in that love.  Total self-gift to God is made precisely in and through the conjugal act, such that matrimony is holy, and virginity is spiritually preserved, and when the Bridegroom comes, he finds his spouse “with no speck or wrinkle or anything like that, but holy and faultless” (5:27).  The Christiform husband preserves his wife’s purity intact, in and through their conjugal union.  Conversely, the wife draws her husband to a deeper realization of the life of Christ within him, because in seeing Christ in him, she sees the Father in him, and calls him to the generosity of a father’s sacrificial love.  He becomes a father through her gift of self to God.

Again, this will always be a somewhat imperfect realization, since, after the Fall, even grace awaits its final consummation on the last day.  This side of the Parousia, only the New Adam and the New Eve are capable of perfect virginity.  The rest of us live our respective vocations as an entrance into that heavenly reality, the fullness of which we still await as we journey ever onward as virgins, keeping alight, and always replenishing at the sacramental font, the oil of the anointing in the lamps of our hearts (cf. Matt. 25:1–13), awaiting the Bridegroom who promises, “I am coming soon” (Rev. 22:20).

Join Dr. Buzacchelli in the forum to discuss whether getting married and entering into the conjugal life necessarily mean the loss of virginity.