The Solemnity of All Saints: Venerating All of the Saints 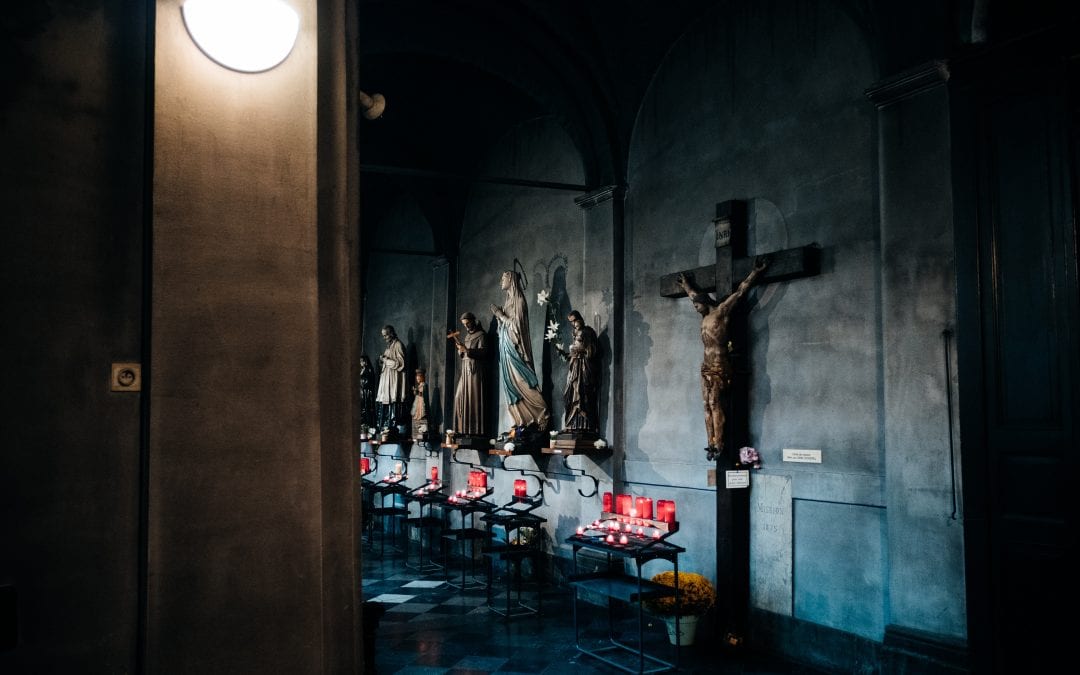 Why does the Church celebrate a special feast day for All Saints?  The veneration of saints had once been mostly a local phenomenon, so the Solemnity of All Saints has a great catholicizing effect.  If you really want to be Catholic, you have to venerate all the saints, not just the one’s you grew up thinking about.

Why does the Church celebrate a special feast day for All Saints?  After all, doesn’t every saint already have a feast day on the calendar?

Well, no.  The celebration of the Solemnity of All Saints on November 1 is intended to remedy deficiencies in the calendar.  In fact, most saints on the calendar share their feast days with other saints, and their feasts are ranked as “optional memorials.”  This means that a priest celebrating Mass on that day can opt to celebrate a memorial for any saint whose memorial is also scheduled for that day, or else simply to celebrate the liturgy for that day, irrespective of any particular saint’s feast.  Often, too, the memorial of a saint is suppressed in favor of another event that’s mandatory, like Ash Wednesday.

Now, “canonization” is a process of formal recognition of a theological reality pertaining to a particular person, whereby the recognition of the fact is enshrined in the liturgical calendar.  That means, by definition, that there are people who are saints as a matter of theological reality but who aren’t yet formally recognized as such by the Church.  As a consequence, some saints don’t have feast days.

The Church sees that as a problem and provides the Solemnity of All Saints to make sure that all saints, known and unknown, are duly venerated by all the faithful in the Church in this life, and thus, that we benefit from their prayers for us before the face of God.

Where does the feast come from?

Early precursors of this feast date to the fourth century, when the feasts of local martyrs were introduced to the larger Church and those saints came to be venerated everywhere, not just in the place where the saint had died.  Increasingly, churches came to celebrate feasts dedicated to the veneration of all saints or all martyrs, not just their own, and all at once.

These celebrations, which, to this day exist by different names and on different dates in nearly every church of apostolic origin, were the basis for our Solemnity of All Saints, celebrated in the Latin Rite on November 1—a date first employed near the middle of the eighth century by Pope Gregory III.  The feast by this name and on this date gradually spread throughout the West as the common practice, and within about a hundred years, had become essentially universal in Western Christianity.  Indeed, it’s still celebrated by the Lutherans, Anglicans, and Methodists, even today.

How the feast solves the problem

To be sure, the Feast of All Saints has a great Catholicizing effect, if we remember that the veneration of saints had once been mostly a local phenomenon.  Particular saints were important to particular communities where that saint had once lived or preached or died.  And before a formal process of canonization became normative in the Church, saints came to be recognized on the basis of local acclamation.  Historically, as the transition to a formal canonical process took root, some locally-acclaimed saints slipped through the cracks and were never formally recognized by the larger Church.

Hildegard of Bingen (1098–1179) was one of the first people to be taken up in the formal process, but in these early years people might not have understood the different stages or how the process worked.  So, the veneration of Hildegard remained mostly a regional affair, leaving her formally recognized only as “Blessed,” until Pope Benedict XVI—who grew up where Hildegard was venerated as a saint—decided enough was enough and that she could be venerated everywhere.  That was in May of 2012, and by the end of the year, he’d named St. Hildegard of Bingen a Doctor of the Church.

It wasn’t just nepotism, though.  Over the centuries, Hildegard had been credited with numerous miracles, but outside the region in which he’d lived and died, she was barely recognized, much less venerated.  Surely, Hildegard isn’t unique in this respect.  And its for this reason that the Church celebrates festival days for all the saints of the Church at once, whether we know them or not.

So important is this practice for the life of the Church, the holiness of her members, and her Catholicity, that in the Latin Rite, the Solemnity of All Saints is a Holy Day of Obligation.  If you want to be Catholic, in other words, in the Latin Rite, you have to venerate all the saints, not just the one’s you grew up thinking about.  Among them are people you never heard of, and maybe people the Church hasn’t even named.

Someday, one of those people could be you.