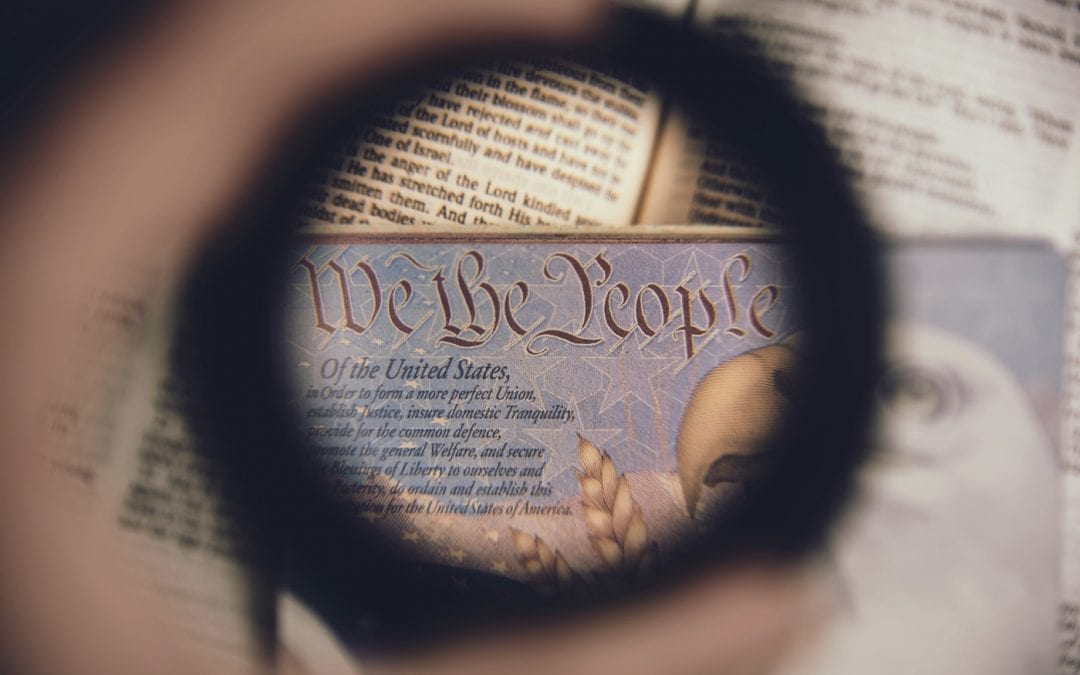 In the previous post in this series, I discussed the emergence of liberalism as the major modern alternative to the politics of tradition. Classical liberalism emphasized liberty, equality, and individualism whereas traditional politics had emphasized community, custom, and religion. Needless to say, liberalism triumphed and the triumph of liberalism is woven into the fabric of American politics.

Prior to the Enlightenment, the primary characteristic of Christian Europe was sacramental order and tradition. Sometimes the medieval mind is criticized for its otherworldliness, however, the true hallmark of medieval Christianity was the belief that the power of the risen Christ permeated the world of nature and society. In social and political terms this gave rise to a sacramental order that synthesized the supernatural order with the temporal, creating a socio-economic-political order that signified the power of God conquering the temporal world and sanctifying it. Working within this worldview, ancient and medieval Christians created aristocratic societies characterized by piety, unity, order, and hierarchy and because these societies were perceived to be extensions of the supernatural, their traditions took on a hallowed character. “Novelty” was a term of derision and antiquity and long-usage were revered as touchstones of reliability and truth. All of this was swept away with the advent of the Enlightenment and the triumph of liberalism.

The advent of liberalism meant a new set of priorities and preferences for politics:

In contemporary terms these priorities and values come to the fore most pointedly in matters of distribution and economics. These are not the most exciting topics, but they are the real core of politics.

In principle, premodern societies were guided by tradition, religion, and the common good. In liberal societies, distribution is determined by the voluntary exchanges of free individuals. This is true whether we speak of political office, employment, marriage contracts, or whatever. In principle, all adult members of the liberal society are equally free to engage in the process of free exchange, that is, no one should be constrained by hierarchy, tradition, or discrimination based on belonging to a certain category or group. This creates what classical liberals consider a “free market.” In practice, the liberal society is the competitive society as the diverse members compete with each other to acquire the most favorable exchanges — the contracts and agreements that each individual believes will most effectively better his life. This is especially evident in the economic competition that characterizes liberal society. The owners of large capital interest compete with each other, vendors compete for buyers, and wage-earners compete with each other to acquire employment. In this scenario, there are always winners and losers and even if you won yesterday you may lose to tomorrow. This creates an endless quest for wider markets, cheaper labor, marketing advantage, et cetera. Proponents claim that this process leads to innovation and ever-rising standards of living; critics point to long-term economic inequality, the concentration of power among elite oligarchies, and instability. Indeed, the original economic liberals knew full well that economic liberalism meant the end of tradition, custom, and stable communities. When we see individual rights asserted and government spending and taxes resisted, especially in the economic sphere, we are hearing the echoes of classical liberalism.

I believe that there is much to be said in favor of classical liberalism. The liberal emphasis on self-governance is certainly worthy of esteem and the principles of liberalism provide a strong conceptual corrective against the ever-growing encroachment of the managerial, bureaucratic state, excessive taxation, and misguided government spending. Furthermore, liberalism’s strong defense of natural rights is an important witness to the natural law.

Nevertheless, the individualism, radicalism, and competitiveness of classical liberalism are very problematic. In brief:

In the next post, I will consider absolutism and conservatism as rivals of liberalism.