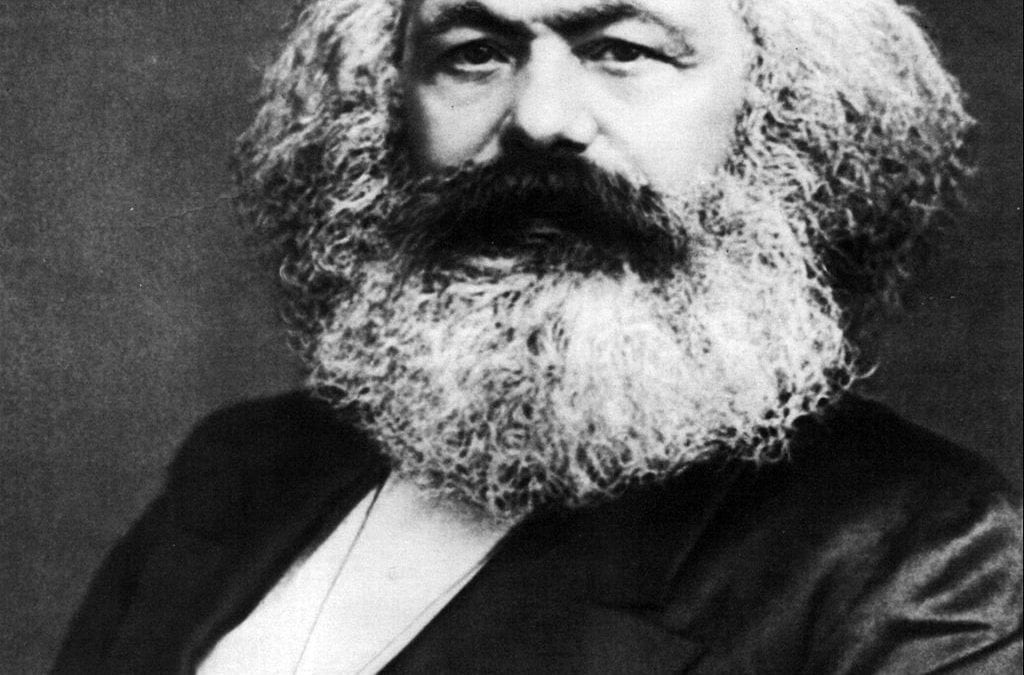 In previous posts, I have examined progressivism and conservatism as critical reactions to the emergence of classical liberalism in the enlightenment. These movements sought to correct various aspects of liberal polity, but neither movement advocated a wholesale abandonment of the politics of John Locke. Not so with socialism, which showed no such restraint; rather socialists advocated a radical revolt against the triumph of liberalism.

In the nineteenth and early twentieth century various forms of socialism emerged to challenge liberalism, but by far Marxism was the most successful and most radical. According to Karl Marx (1818-1883), liberalism is an ideology that masks the real meaning of history and social relationships. Like other ideologies, liberalism is part of a larger superstructure that hides and reinforces the real economic structure of society.

According to Marx, by the beginning of the nineteenth century, Europe had adopted a capitalist structure, in which the means of production are owned by those who possess capital — excess resources available for investment. This situation was a result of industrialization, which required the development and purchase of heavy machinery that made the tools owned by small property owners obsolete and could only be purchased by the very wealthy. Those without capital were left to sell their labor as a commodity to capitalists in exchange for a wage. Marxists criticized this arrangement for a variety of reasons.

In Marxism, liberalism met not a corrective reaction, but an entirely antithetical interpretation of human society and history. Indeed, it appears to me that the Marxist critique of capitalism scores some significant hits. The competitive nature of capitalism is subversive to authentic community; likewise, capitalism often creates dependency and instability for workers and reduces laborers to mere commodities to be bought and sold on the laborer market, denying them the dignity of citizenship and humanity. Perhaps Marx’s greatest insight is that the all of these ill effects flow from the combination of competition and the separation of labor from the means of production. These two points will serve as useful starting points for a positive appropriation of Marxism in subsequent posts. Nevertheless, Marxism is deeply misguided and may be criticized on multiple points.

Nevertheless, the vision of an egalitarian society, efficiently managed by “experts” is dear to the hearts of many elites in business and government; even more importantly, the Marxist interpretation of history in terms as the interplay between a victim class and oppressive class continues to inspire liberation movements and left-wing politicians. Indeed, in the reinterpretation of Marxism in terms of cultural oppression has become one of the most powerful and destructive forces shaping politics today.

In the next installment of this series, neo-Marxism will be defined and its role in contemporary politics will be clearly identified.

Join Dr. Smith in the Forum to offer your thoughts on Marxism.