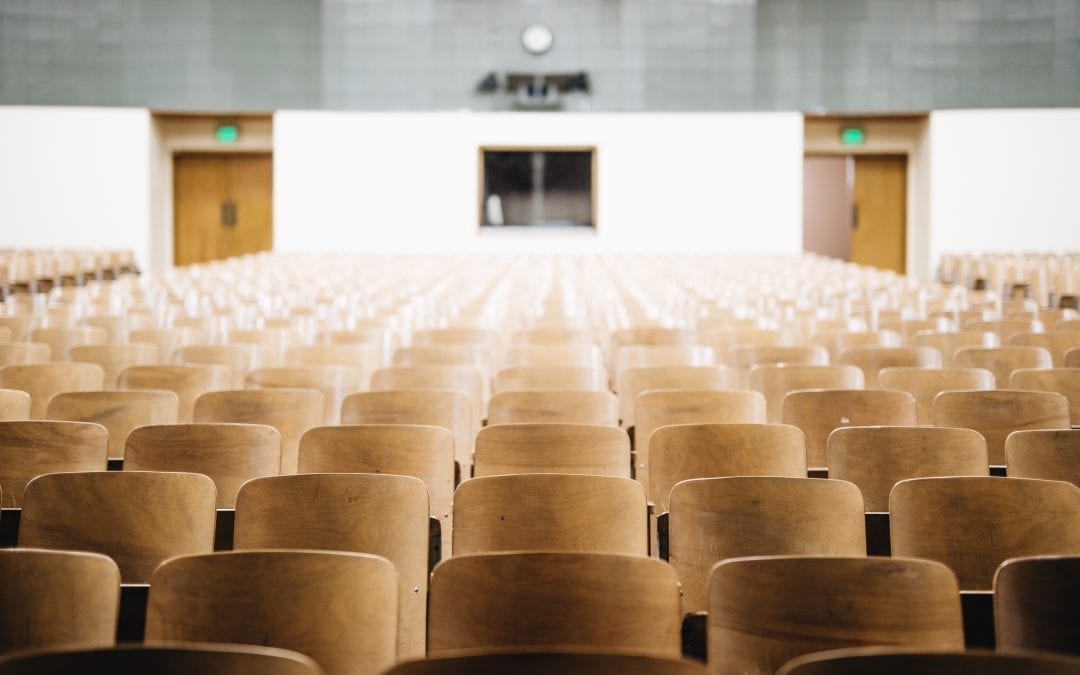 Thinking philosophically always has its enemies, but there should be no enmity place between Catholic faith, Catholic education, and abstract thought. To think philosophically simply means to think deeply, to think about the universal and the permanent; it is to seek for clarity. There is nothing “cold” or unchristian about it. Christians serve a God of light, truth, and order; not an obscure god of sentiment and expediency. This is spelled out most clearly in Ex Corde Ecclessia.

According to Ex Corde, the Catholic university is a community of scholars consecrated to the fullness of the truth and the search for knowledge. (1, 4-5) This means that Catholic institutions of higher education are ordered to the cause of truth and the exploration of the riches of revelation. (5) All universities should be ordered to truth and knowledge, but Catholic institutions are distinguished by their openness to the fullness of truth revealed to us in sacred scripture and sacred tradition. To this end, Catholic universities are dedicated to the advancement of the arts and sciences in the light of Catholic faith, which necessarily includes the path of philosophical reflection.

The cultivation of the arts and sciences in students and the broader community is the common good of every university. The arts, whether liberal, fine, or professional empower effective and skilled production. The sciences are intellectual virtues that equip students to understand and explain a given subject matter according to its principles and causes. Philosophy, classically defined, is the science of first causes proceeding from first principles. At its best, it empowers men and women to understand the foundations and ultimate explanations of reality and human experience to the extent possible for natural reason. In doing so, it cultivates a perspective and a way of life that is at once deep and broad-minded, contemplative and fully-engaged.

Within the specific context of a Catholic university, philosophy plays a crucial role in the integration of faith and reason, Christian formation, and the dialogue with culture. The importance of philosophy for the integration of faith and reason is well-known and addressed in both Ex Corde and Fides et Ratio. It is important for every Catholic institution to give witness to the harmony of faith and reason because doing so manifests the unity of truth in the world created and governed by God. (16-17) The one God who created the natural world also reveals Himself in sacred scripture and tradition. Philosophy witnesses to this truth by demonstrating what can be known by natural reason about God and by showing the intelligence and credibility of those things that transcend human reason. This is especially important in our times when unanswered existential needs and intellectual questions often lead to the loss of faith. Without compromising the rigorous method of philosophy, it is possible and important to demonstrate to students and peers the ways in which Catholic truth answers the deepest needs of the human heart and the highest aspirations of reason. In addition, it is also helpful to show how the rejection of the unity of faith and reason leads to philosophical confusion and cultural ennui.

Philosophy also contributes to Catholic higher education by contributing to the formation of the whole human person. By training students in human wisdom and logic, philosophy contributes to the moral, spiritual, and religious dimensions of formation. (7) Philosophy provides students with sound ethical principles and insights accessible to natural reason; similarly, it contributes indirectly to spiritual and religious formation because many of the concepts employed in these dimensions of formation are drawn from classical philosophy.

Finally, philosophy supports the mission of the Catholic higher education by contributing to the dialogue with culture (43-44). Inspired by the great commission the Catholic Church engages men and women in time and place. In doing so, the mission of the church interacts with the culture that animates diverse societies for the sake of evangelization and building authentic culture. In this work, philosophy plays an important role because abstract ideas in many ways shape our culture. In our own time and place the ideas of early modernity and later continental philosophy continue to impact our experience and self-understanding. For this reason, it is essential for Catholic philosophers and universities to engage with a broad spectrum of ideas. This requires a reflective process of discernment in which we distinguish between truth and error, good and evil. It is fitting and useful for Catholic universities to integrate and elevate those ideas from diverse cultures that contribute to the authentic flourishing of the human person and culture, while at the same time critically challenging those ideas that are misleading and harmful. But none of this can be accomplished without deep philosophical engagement.

Despite those who would ridicule philosophy and abstract thought, Christians should think clearly and deeply; Catholic education must never abandon abstract thought and philosophy. And Ex Corde points the way.