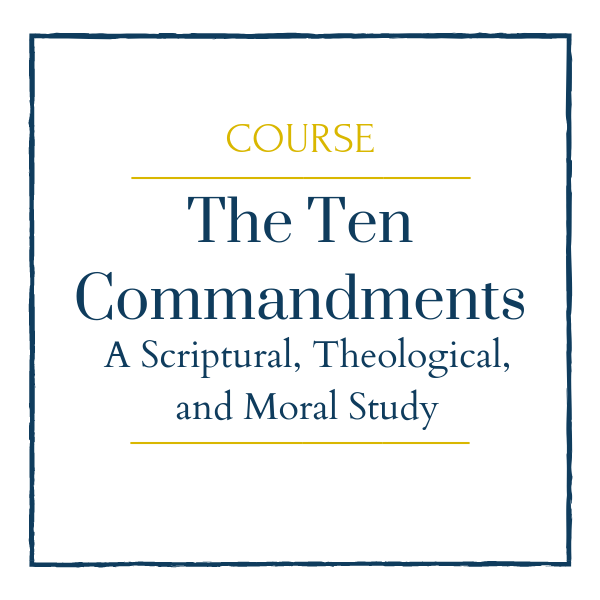 Note on Method: Most of the readings in this course as concerns the Ten Commandments individually considered are taken from The Catechism of the Catholic Church.  When treating the individual Commandments, however, lectures will go beyond basic catechesis to explore the theological and anthropological context to which each Commandment is addressed, considering what the Commandment means, positively, as a theological and assertion.