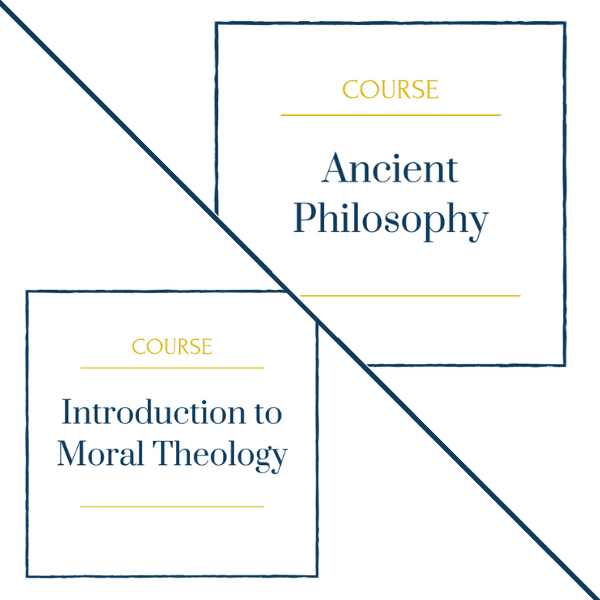 This course presents an overview of the basic elements of moral theology in the Catholic tradition.  Students who complete this course should be prepared to think about the moral universe from a Catholic perspective, anticipating the kinds of questions that might be asked and kinds of arguments that might be made by those who seek to advance one or another thesis in a way that would be consistent with Catholic thought.  In this way, the student is well positioned to be able to study moral theology further, considering in greater depth the wide range of moral problems treated within the Catholic tradition, and to engage the thought of others from a more critical and better informed position. More coure info >>