Is there Actual Fire in Purgatory? 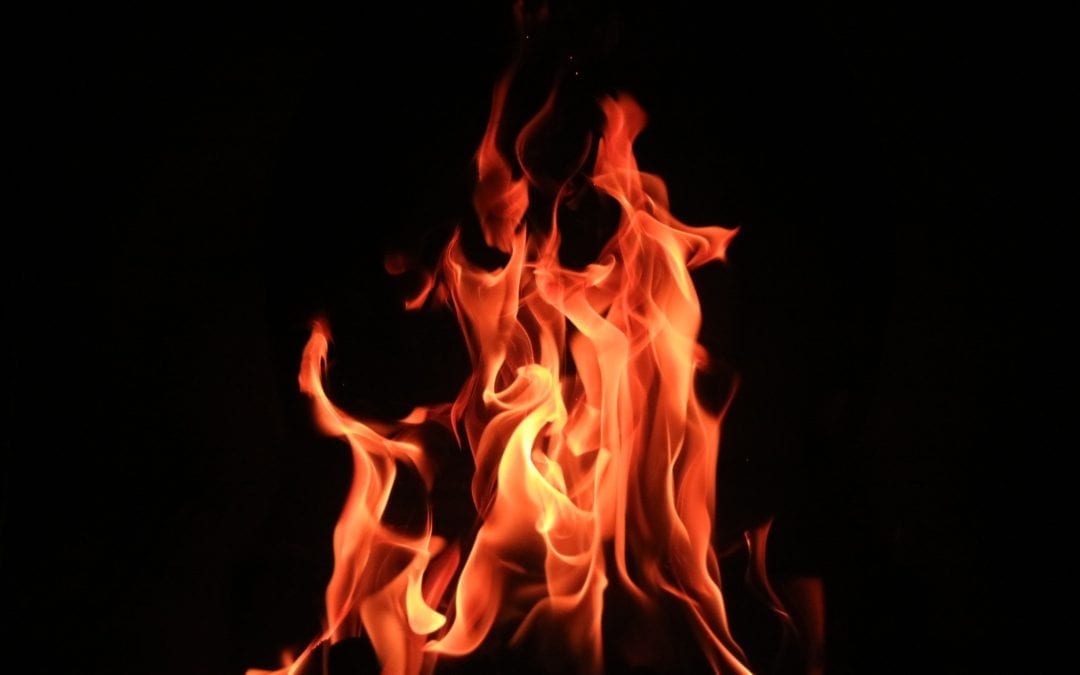 In Part 2 of my series on purgatory, I talked about St. Paul’s reference to the typology of fire in 1 Corinthians 3:10–15.  Over the centuries, many great theologians and doctors of the Church took this reference, and references to the fires of hell in the New Testament, in a literal, corporeal sense.  But how could that be?  How is it even possible for a soul to suffer from corporeal fire after it’s been separated from its body?

For St. Thomas Aquinas, a spiritual substance—like an angel or a demon, or like the soul after death—isn’t by nature in any “place,” because “place” is presence to matter, and a thing can only be naturally present to matter if it’s naturally a bodily thing.  Spiritual substances don’t have bodies by nature and so, don’t exist in place by nature.  According to Thomas, though, they can still exist in a place, even if they don’t do so by nature.

Both scriptural witness and the constant teaching and tradition of the Church make plain that spiritual substances can, indeed, manipulate matter.  When a spiritual substance exerts itself on the material world, it assumes, according to Thomas, what can be described as “place,” and in doing so, can in turn be affected through its relation to the matter into which it has entered.

Now, according to Thomas, a subjection to matter occurs through sin, when a spiritual substance debases itself by placing lower goods above higher goods within its own hierarchy of values.  To put it another way, when a person chooses, for example, to commit adultery, he chooses a lesser value related to temporal satisfaction above the higher goods of matrimonial fidelity and obedience to the known law of God.  Thomas isn’t saying that matter is evil, but that matter isn’t as noble a thing, as high a good, as spirit: “It is the spirit that gives life, the flesh is of no avail” (John 6:63).  By choosing a transient, corruptible good at the expense of a higher good, one binds oneself to matter and becomes subjected to its corruptible condition.

In death, moreover, God, according to Thomas, confines the separated soul to the “place” in which the person had dwelt, by way of his spiritual affections, in life.  Later ideas of ghosts wandering the halls of homes or taverns they loved too much, or Jacob Marley roaming the earth in the chains of his own forging, arise from this very line of argument, though this isn’t exactly what St. Thomas has in mind.  Rather, Thomas says that God surrounds the soul not with the particular goods preferred but with corporeal fire—the very essence, as he sees it, of matter’s tendency toward decay—either forever, in the case of the damned, or else for a suitable time, in the case of those in purgatory.

The corporeal fires of purgatory, in the minds of those who affirm them, are thus both just and merciful.  They’re just because they provide the means through which the sufferer, absolved of the spiritual debt that warrants hell, receives into himself the temporal effects his sins have wrought in God’s order.  These punishments are merciful, too, however, because through them, God weans the soul of its undue attachment to the material world, freeing the soul to ascend unhindered to the glory that awaits.

Once again, the Church doesn’t pronounce on this question.  If you don’t find the thesis of corporeal fire compelling, that doesn’t mean you can’t believe in purgatory.  There are still other approaches within the tradition, and in our next installment, we’ll consider some of them.