Is the Resurrection of Jesus Christ a Metaphor? 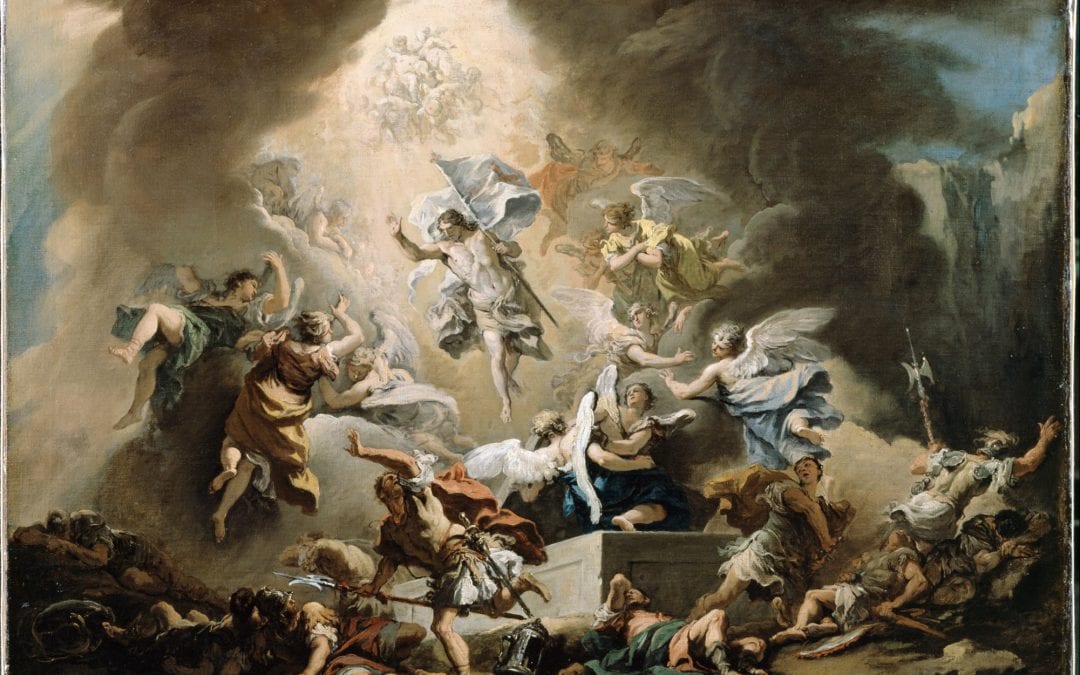 Among the influences the Enlightenment had on theology was the tendency to subordinate faith assertions to what is accessible to natural reason.  In doing so, enlightenment figures who promoted this approach insisted on seeing the miraculous content of faith assertions as necessarily metaphorical.  Thus, the foundational assertion of the bodily resurrection of Christ came to be seen as a metaphor indicating a new frame of mind in which we live as if the limitations of this life don’t impose themselves on us.

With resurrection as a metaphor, we choose to live as if life has an eternal and objective meaning, even though we know, at a rational level, that everything must end.  It means choosing to put the past behind us and live toward a new future in which the mistakes and losses of the past could be replaced by better choices and new opportunities.

It may be the case that affirmation of the Resurrection does enable us to see our lives as eternally relevant and to see a future liberated from its past.  But reducing the bodily resurrection of Christ to a metaphor means, then, attempting to impose meaning on meaninglessness by the power of the human will alone.  It means that we choose to live life as if it had meaning, and, in this sense, see the universe as a kind of blank canvas, ready to receive whatever meaning we paint upon it.  On this view, we’re the great artists of creation, not God.

This view is entirely different from the original faith assertion at the heart of Christianity.  For it leaves untouched the basic problem of the qualitative difference between temporality and eternity.  The whole problem at the heart of the New Testament is that what exists in this world is passing away, is corruptible, can’t sustain itself, and is thus subject to destruction.  The fact of sin and the threat of hell—the so-called, “second death”—are, of course, very much a part of this problem, but the reason St. Augustine came to articulate the doctrine of original sin in response to Pelagius’ assertion that human beings possessed through natural generation all that they required, strictly speaking, to conform to the will of God and obtain their heavenly reward, was that he correctly understood that beyond our personal choices lies something much deeper—that the world itself, from top to bottom, down to our bones and sinews, is subject to the dominion of death, constrained by it and bound by it to its own destruction.

The Christian faith assertion in the bodily resurrection of Christ from the dead involves the recognition that what we’re really after is a meaning that endures beyond the boundaries of death, even beyond the boundaries of time and history.  Confidence that God alone can frame our lives in meaning of this kind gradually became confidence in the idea of personal immortality which, by the time of the Maccabean Revolt, had matured into an explicit belief in bodily resurrection, now affirmed within some factions of Judaism (2 Maccabees 7).

Belief in this “life of the coming world” is clearly reflected in Martha’s assertion at the tomb of Lazarus that, “he will rise, at the resurrection on the day of the eschaton” (John 11:24).  But Christian faith in the bodily resurrection of Christ takes us further.  Christ affirms in that moment that he is, himself, “the Resurrection and the Life” (11:25).  This is what he means when he affirms that, “No one takes [my life] from me.  I lay it down of my own accord.  I have the authority to lay it down and I have the authority to take it up again” (John 10:18).

In raising Lazarus from the dead, Christ manifests his power over the constraints death places on life in the world.  But in rising from the dead under his own power on the Third Day, he manifests that even when he, himself, enters into death’s domain, death never diminishes the power he wields against it.

Herein lies the meaning of the mystery of the descent of Christ into hell—what the Fathers referred to as “the harrowing of hell.”  Because Christ holds power over death and can’t be constrained by it, his entrance into death means the annulment of its claim over creation.  “Take courage,” Christ tells his disciples, “for I have imposed a new order on the cosmos” (John 16:33).

But if the bodily resurrection of Christ doesn’t occur, then Christ doesn’t impose a new order on the cosmos, because death defeated him, and it has yet to be that humanity has received its liberator from the fleetingness of this life and this world.  Someone else, other than Christ, has yet to deliver us.

If that’s so, then perhaps we may still live in the hope that such a deliverer will come, but no one before Christ had ever given us so much in the way of a reason to embrace that hope.  This fact lies precisely at the heart of the sense of despair that plagued the first followers of Christ at the moment of his death, and why it was that at the moment of his resurrection—his literal, factual, bodily resurrection—they suddenly felt restored in faith, able to face death themselves, without fear.  Not only did they know in the abstract, that God could raise them from the dead, but they knew the Resurrection and the Life, personally, and trusted him completely.

Before that time, the former Pharisee, St. Paul, evidently addressing Sadducean sympathies in the Corinthian church, saw very clearly that bodily resurrection was of the very essence of the Abrahamic faith, and thus, of Christianity.  He begins his discourse on resurrection in his First Letter to the Corinthians (15:12–19) by confronting the Sadducean belief that resurrection from the dead simply doesn’t happen, and moves on to say that if that’s so, then it doesn’t happen for Christ, who, himself, is the seat of all our hopes.

If there’s no resurrection, Paul says, then our faith is in vain (1 Corinthians 15:17).  No one, not even Christ, has the power to bring death to an end, and life has no real and objective meaning beyond what the world will remember of us.   By contrast, bodily resurrection as a literal truth of the faith—whatever it may look like when it comes—is nothing less than the affirmation that life has an eternal meaning and value, and it’s rooted in Christ, who, of his own power and authority, makes it so.

Join Dr. Buzacchelli in the forum to discuss reducing the bodily resurrection of Christ to a metaphor.