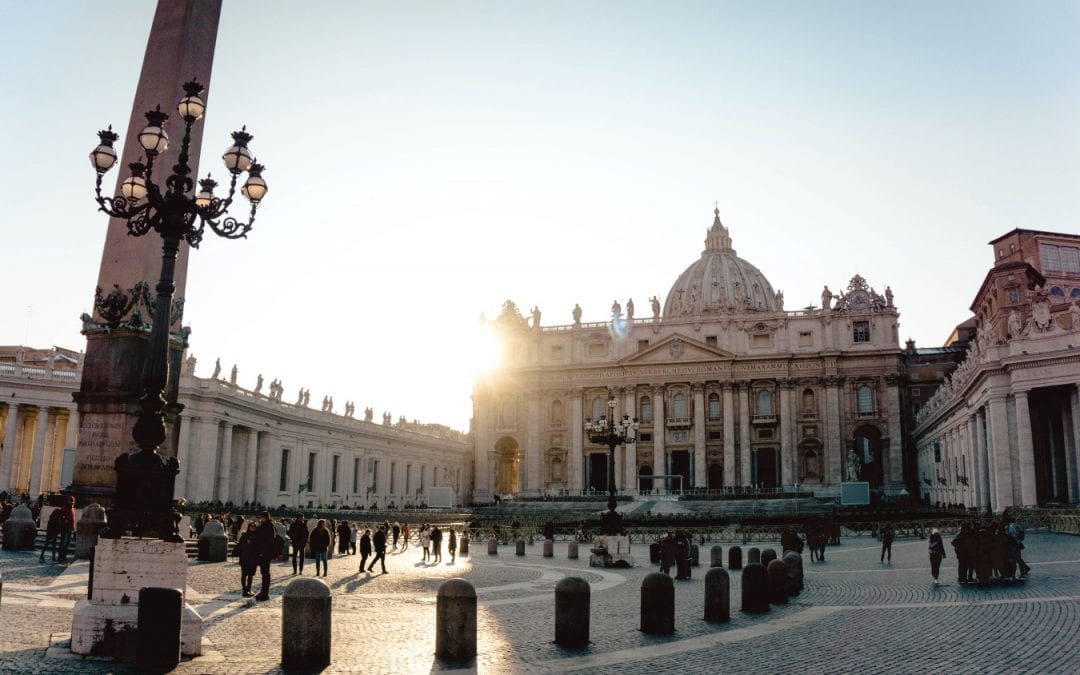 I was recently asked if the teaching of Humanae vitae is per se irreformable—that is, whether it constitutes an ex cathedra pronouncement.  My answer to this question is twofold in the spirit of a well-trained scholastic thinker: yes and no.

First, let’s be clear that Paul VI employed a teaching instrument not normally associated with the very highest levels of authority in the Church: an encyclical letter rather than an apostolic constitution.  That doesn’t tell the whole story, of course, because a pope is free to employ whatever vehicle he wishes to say whatever he wants.  But it does tell us something, because a competent churchman will know that if he means to be interpreted as speaking authoritatively, he’ll employ an instrument the nature of which is to say, “this is an authoritative teaching.”

Papal speeches, for example, may give us an indicator of what a pope personally thinks about a topic, and the fact that the pope holds the bully pulpit means that he has the right to speak his mind and command our attention.  But papal speeches aren’t authoritative instruments and don’t command our assent.  The use of an encyclical tells us that the pope means to speak with authority on a subject, but not that he means definitively to close all aspects of the question and define a doctrine as stemming directly and inexorably from the central dogma of the faith.  One expects that sort of action to occur elsewhere.

So, Paul VI made his assertion about contraception in an encyclical letter, not in an apostolic constitution, and given the lack of any other indicator within the text, it’s safe to assume that he didn’t mean to pronounce upon the question, definitively.  In this sense, I would have to say that Paul VI’s teaching in Humanae vitae was not an ex cathedra pronouncement.

On the other hand, I would still insist that it’s per se irreformable.

How can I do that, though, if I just said that he didn’t mean to pronounce against contraception definitively in an ex cathedra assertion?

It turns out that so-called “solemn definitions” are pretty rare in the history of the Church, and much of what Catholic tradition holds as de fide—that is, of the faith, and therefore, per se irreformable—hasn’t been the subject of a solemn definition.  For example, the perpetual virginity of Mary is regarded as the first so-called “Marian dogma,” witnessed with near total unanimity since the late first or early second century, and yet, it was never the subject of a solemn definition.  No responsible theologian can defend the thesis that one is free to deny the perpetual virginity of Mary and still claim to be an orthodox Catholic.

I would argue that Paul VI’s assertion in Humanae vitae is, likewise, simply a reaffirmation of the constant teaching and tradition of the Church.  In the end, that’s really the only proper subject matter of an ex cathedra pronouncement or solemn definition, anyway.  But solemn definitions tend to occur, historically, when a teaching gradually unfolds from its dogmatic kernel through a period in which what the Church believes is difficult to express.  The solemn definition, for example, at the First Council of Nicaea in 325, that the Logos is homoousion (ὁμοούσιον) with the Father—that is, of a single act of substance-being—was, indeed, an articulation of what the Church had always believed and taught, but because the metaphysical language to actually articulate that idea didn’t yet exist at the time that belief was first accepted, the language had to be refined to the point that a clear articulation could be made.  That’s what happened at the First Council of Nicaea, where the Fathers agreed upon how the idea should be expressed.

The perpetual virginity of Mary never suffered from that difficulty and so, never became the subject of a solemn definition.  Someday it might because people have largely lost the sense of the value of virginity or its deeper eschatological significance—that is, its significance as a sign of what God intends ultimately to bring about for his creation.  As this problem worsens, people are less and less inclined to accept the perpetual virginity of Mary as anything more than a metaphor and may even regard it as somehow demeaning to her.  In such a climate, a solemn definition may become necessary after all, but if it happens, it’ll only represent a reaffirmation of the Church’s constant teaching and tradition, which was already binding.

So, if we look at Paul VI’s condemnation of contraception in Humanae vitae, I think we can identify the same kind of teaching that we find in the case of the perpetual virginity of Mary.  There was never a time when the Church didn’t hold and teach that contraception was malum in se—that is, evil in itself—and therefore, never justifiable whether as a means or as an end.  It’s true that there’s not a lot of literature on the subject until later times, but that’s because more primitive technology was simply less user-friendly than later technologies, until finally, hormonal contraceptives relieved the user of almost any burden in its application.  But tracing back to apostolic times and into ancient Judaism, you can see a universal condemnation of related acts, like coitus interruptus.

And there were herbal methods, too, employed to induce abortion or else, with moderate effectiveness, to diminish a woman’s fertility.  Recently, Mark Koehne of Saint Joseph’s College published a truly excellent blog post in which he explains that these methods were addressed in the New Testament, explicitly, and condemned there.  Indeed, everywhere the subject was taken up—that is, engaging in sexual activity while positively excluding its generative function—since before Christianity was even distinct from Judaism, the People of God have condemned it as gravely evil.

There’s no question in my mind that what Paul VI taught in Humanae vitae is the ordinary and universal Magisterium of the Church and its constant tradition.  In the late 1960’s, however, the advent of new technology and new ideas about human sexuality, as well as fears concerning unchecked population growth (now shown to have been misplaced) conspired to obscure this truth in the minds of many Christians, even within the hierarchy of the Church.  Pope Paul VI could have, and probably should have, pronounced upon the matter through an ex cathedra assertion in an apostolic constitution.  His teaching was certainly the proper subject matter of a solemn definition.  But the fact that he didn’t use such an instrument doesn’t mean that we’re free to dissent from his teaching, because dissenting from his teaching on contraception in Humanae vitae is dissenting from what has always been believed and taught within God’s covenantal community, even from before the time of Christ.  What higher standard of authority can we want?  If that doesn’t make it de fide, I don’t know what does.