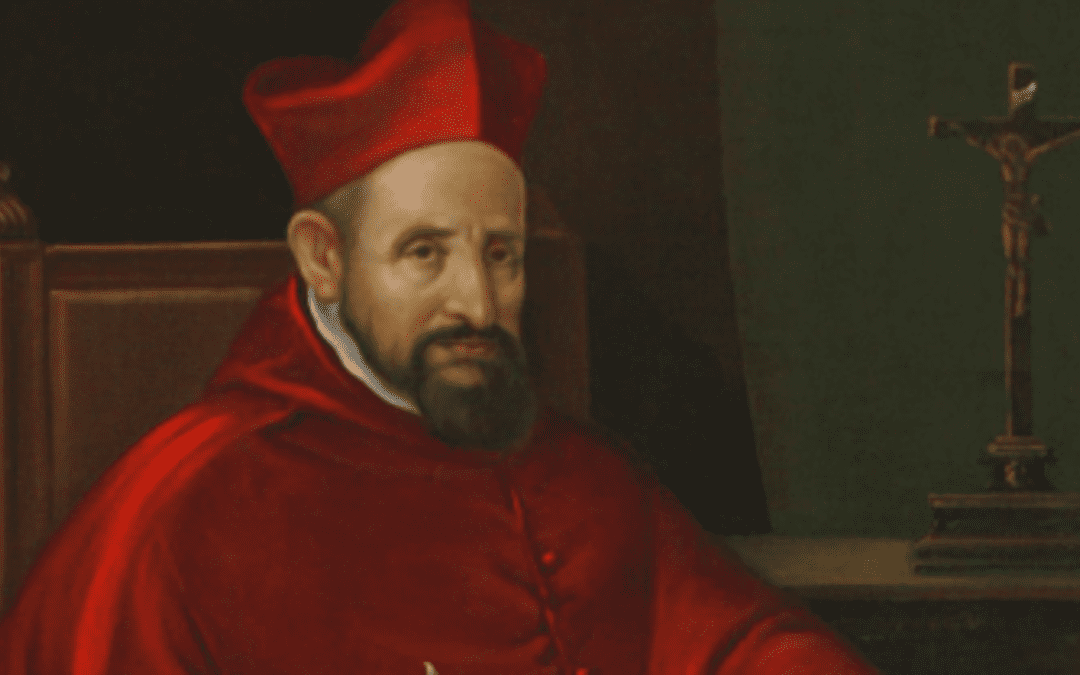 In this episode, Jason and Dr. Bulzacchelli discuss the issue of communion in the Catholic Church. We cover:
– The origins of division
– The need for communion
– St. Robert Bellarmine’s 3 Aspects of Communion
– “Extra Ecclesiam nulla salus”
– Outside the Church with valid faith and Sacraments
– Reduction to the juridical
– Importance of all three

“The Catholic teaching is that the Church is only one, not two, and that the body of men of the same Christian profession and of the same Sacraments gathered in communion is one and true, under the rule of legitimate pastors and especially of the one Vicar of Christ on Earth, the Roman Pontiff. From such a definition it can be clearly understood which men pertain to the Church and which do not. For there are three parts of this definition; the profession of the true faith, the communion of the Sacraments, and subjection to the legitimate pastor, the Roman Pontiff. By the reasoning of the first all infidels and those who have never entered the Church are excluded, such as Jews, Turks, and Pagans; then those who were in the Church but left, such as heretics and apostates. By the reasoning of the second part, all Catechumens and excommunicates are excluded, because they have not been admitted to the communion of the Sacraments, these are sent out; by reasoning of the third, all schismatics are excluded, that is those who have the faith and the Sacraments, but are not under the legitimate pastor, and therefore profess the faith and receive the Sacraments outside of the Church. Yet, all others, even the base, wicked and impious are included.

This is the difference between our teaching and all others, that all others require external virtues to constitute someone in the Church, and for that reason they make the Church invisible; but even though we believe all virtues (e.g. faith, hope, and charity and the rest), are discovered in the Church, still that someone could absolutely be called part of the true Church, on which the Scriptures speak, we do not think any internal virtue is required, but only the external profession of faith, as well as the communion of the Sacraments which is taken up in that sense. For the Church is a body of men that is just as visible and palpable as the body of the Roman people, or the Kingdom of France, or the Republic of Venice.

Furthermore, it must be noted with Augustine, that the Church is a living body in which there is a soul and body, and in the soul there are internal gifts of the Holy Spirit, namely Faith, Hope, and Charity, etc. The body is the external profession of faith as well as the communication of the Sacraments. From there it happens that some men are in the soul and body of the Church and furthermore are united to Christ the head inwardly and outwardly, and such are perfectly in the Church, since they are as living members in the body, although among them are also some who participate more or less in the life of the Church, and some even who might hold only the beginning of life like a sense but not a motion, just as those who only have faith without charity. Again, some might be in the soul of the Church and not in the body, such as Catechumens or the excommunicated if they might have faith and charity, which can happen. Then, some may be in the body, but not the soul, such as those who have no internal virtue, and still by hope, or by some temporal fear profess the faith and communicate in the Sacraments under the rule of their pastors, and such are like hairs or nails, or bad humors in the human body.

Therefore, our definition holds true in this last manner of being in the Church, because this at least is required, that one can be said to be a part of the visible Church. Therefore, it must in the proper order be proved that the following do not pertain to the Church: the unbaptized, heretics, apostates, excommunicates and schismatics. Next, that those who are not predestined do in fact pertain to the Church, along with the imperfect and also manifest sinners; then lastly, secret heretics, if they would have the Sacraments as well as the profession of the faith and subjection to the Church, etc.”

Please subscribe to our podcast on iTunes or Google Play to get future episodes!