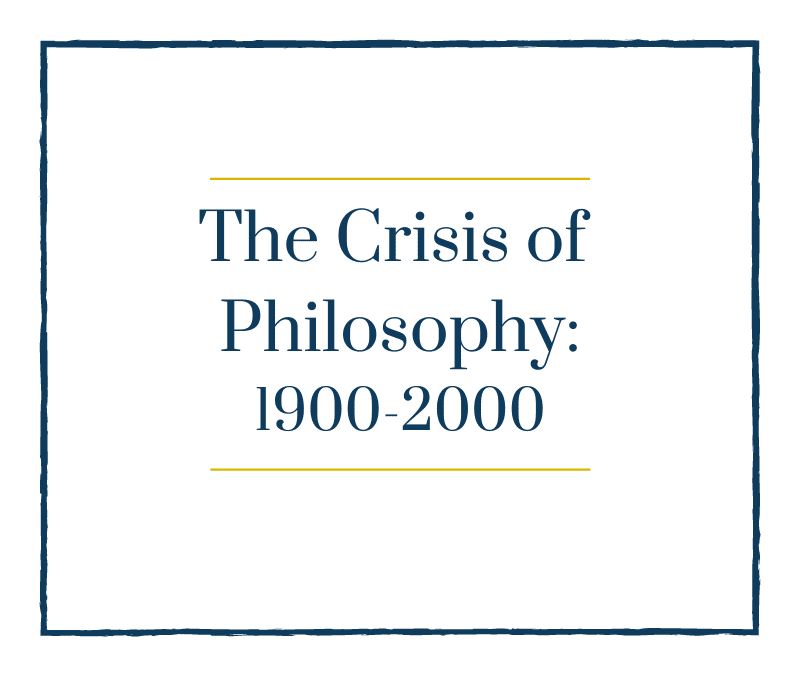 The Crisis of Philosophy 1900-2000 – Movements and Major Thinkers
Twentieth century philosophy represents a profound crisis in the
history of reason and culture. This crisis is based on the advent of
subjectivism (the turn towards consciousness), egalitarian radicalism,
and scientism; culture has become at once completely subjective,
radicalized, and reductively-scientistic. The upshot is the near total
collapse of public discourse. This course will detail the ideas and
developments that have created the crisis of twentieth-century
philosophy.
Students in this course will be equipped to:

The End of Idealism: the Background of Late Modern Philosophy

Husserl and Phenomenology I: Rediscovering Consciousness

Heidegger I: The Oblivion of Being