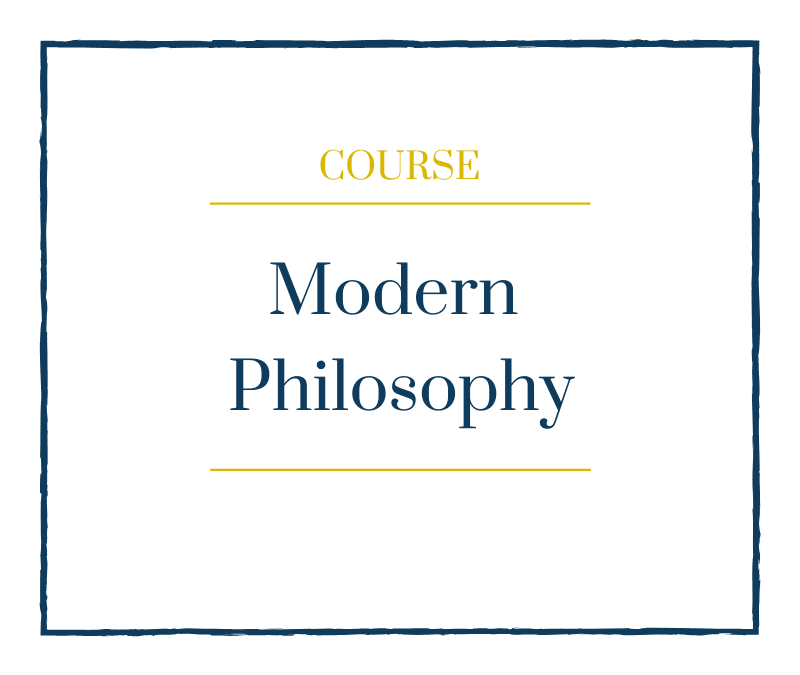 Modern philosophy initiated a revolution in political, religious, and cultural ideas that still impacts our world today. In this course, students will be introduced to the major figures and ideas of this period with an emphasis on the foundational, motivating ideas of modern philosophy, namely, freedom and the primacy of human reason. Through the course we will see how these ideas develop and interact. Ultimately we see how modern philosophers engaged with new questions and attempted to create a new intellectual paradigm to synthesize the modern experience of the new sciences and widespread aspirations for greater freedom and equality. In addition students will be made familiar with key philosophical movements including rationalism, idealism, modern dualism, etc.

Students in this course will be equipped to:

·       demonstrate familiarity with the major figures and movements of early modern philosophy including Renes Descartes, John Locke, and Immanuel Kant;

·       formulate the distinguishing questions and methods adopted by modern philosophers;

·       define and critically engage with the core ideas of early modern philosophy including rationalism, the religion of reason, the ideas behind the French Revolution, classical liberalism, and Kant’s “Copernican revolution” in philosophy, et cetera;

·       identify the continuing importance and relevance of early modern philosophy for catholic theology and contemporary culture.

What is Modern Philosophy?

Exploring Reason and Freedom: Mind and the Machine

The Rational Unity of all Things

Reforming Metaphysics in the Light of Experience

The Limits of Reason

Embracing the Ethics of Autonomy

Discovering the Philosophical Significance of History

Discovering the Material Dialectic of History

Unmasking the Pretensions of Reason and Freedom