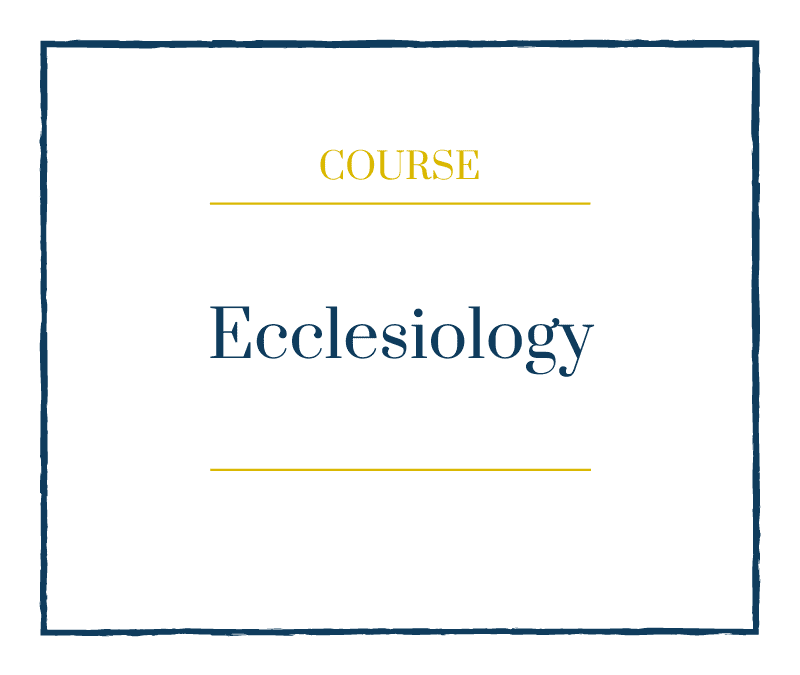 This course is intended to provide an overview of the Church’s teaching about herself in the context of scriptural and historical evidence.  We will consider the relationship between the organizational and social structure of the Church and structures already familiar to the first Christians from Scripture and Jewish tradition.  We will also consider evidence in the New Testament and the Apostolic Fathers for the continuity between the framework of ecclesial organization and authority present in the Catholic Church today with that of the primitive Church, even during New Testament times.  We will discuss questions of ecumenism arising from the differences of the rites present within the Catholic Church, as well as those arising from the fact of division within the Church.  This study will include consideration of the difficulty, evinced in the Church’s historical experience, of effecting a final reconciliation between all surviving churches of apostolic origin, as well as the ecclesiological differences that arose within the Western theological tradition at the time of the Protestant Reformation.

The Problem of the Church in the Twenty-First Century: Where Things Stand Today

The Petrine Office in Relation to the Broader Hierarchy and Magisterium from the Council of Jerusalem through the Papacy of Leo I, and the Point of Departure Between Rome and the East

The Modernist Crisis, the First Vatican Council, and the Modern Model of the Papacy

Extra Ecclesiam Nulla Salus, the Question of Ecumenism in the First Half of the Twentieth-Century, and the Controversy Over the Teaching of Leonard Feeney

The Ecclesiology of the Second Vatican Council: Old Models and New

Ecumenism and Interreligious Dialogue Since the Second Vatican Council: The Good, the Bad, and the Unfortunate

One, Holy, Catholic, and Apostolic Church: The Enduring Dogmatic Content in the Essential Models of the Church

The Church of the Future: What Will It Look Like?