Can there be many faiths? 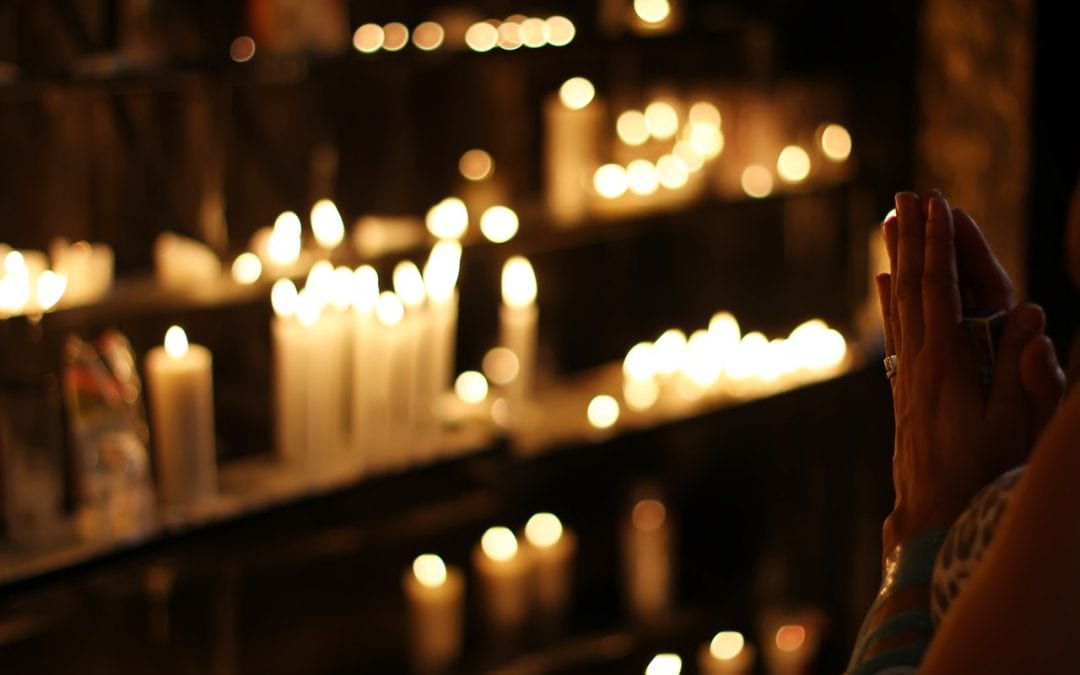 I was recently asked if it was ever appropriate to use the term “faith” in the plural—to speak of “many faiths.” This is an interesting and perceptive question from someone who generally “pays attention” to theological subtleties. So, while people use the term “faith” in different ways, the answer to the question about whether it is theologically proper to use the word “faith” in the plural is clearly and explicitly no. But why?

When Judaism encountered Greek culture and decided to put the Scriptures into Greek (the Septuagint), the question arose how to translate the word aman (אָמַן) into Greek. Our English word “amen” is basically just an anglicization of this word, transliterated into our own alphabet.

The meaning of aman

The problem for the ancient Jews at this time was that there wasn’t really a Greek word that carried quite the meaning of the Hebrew aman, so they chose the word pisteuo (πιστεύω), which is the verbal form of pistis (πίστις), the noun. This was sort of an odd move to make, of course, because this terminology in Greek is not indicative of anything especially respectable. In its original context, it connoted placing one’s confidence in something for which one has no external source of verification. It’s an unfounded, ungrounded confidence—like an unreflective prejudice or an unsubstantiated presupposition.

Philosophically, this is an embarrassing thing to say about one’s posture toward the most fundamental questions of human existence. But the author of Hebrews explains the reason this word was chosen and thus its new theological meaning for the People of God, when he says, “faith is the substrate of our hopes, confidence concerning that which remains unseen.” The idea expressed here is that faith (pistis) is confidence specifically in God, who, because he is the Creator of everything other than himself, has no foundation in this world as his own grounding. Rather, he is in himself, the foundation of everything else there is.

What’s more, our “faith” in God isn’t the deductive or even inductive philosophical certainty about his existence derived from an analysis of the cosmic order, but instead, knowledge of who God is at a personal level. Theological faith is intimate knowledge of God. This sort of awareness can have no foundation in the things of this world. It can’t be inferred or deduced on the basis of our ordinary experience in the natural order. Rather, we have this knowledge from God’s self-disclosure and our reception of it. Simply “believing God” as Abraham did opens us out to this knowledge, which then forms a framework within which the cosmos itself is to be understood. That is what the term faith refers to, theologically, as Christians use the term. And it’s the reason the author of Hebrews says, if I might amplify my translation of his statement, that “faith, though it can have no earthy basis of its own, precisely because its basis is only in God himself, who is above all, is itself the foundation of all our hope as we live our lives within this world.”

As I already noted, people use the term “faith” in many other ways today, and generally, it’s been appropriated by the field of comparative religions simply to mean a “belief system.” But by definition, at least as far as the term is used in the context of the ancient Judeo-Christian tradition, one cannot have faith in the Christian sense, in a god who is not himself capable of bearing up the cosmos itself, who cannot solve the problem of death, who cannot restructure the meaning of the past to absolve sin, and who cannot be trusted, as the biblical God, to be true to his stated intentions, from age to age.

Since only the biblical God is that sort of God, one can only take this posture toward him. To do so toward any other would simply be irrational, like placing one’s ultimate hope, even against death itself, in medicine. Medicine may prolong our lives, cure many ailments, and improve things for us in the short term. But it can’t solve the problem of death, or of the seeming immutability of the past, or of the corruptibility of the material world.

Faith in other gods

There are some religions that hold to a radically transcendent God, but he isn’t “faithful,” that is, a suitable object of faith because he cannot be counted on to seek our best interests, nor to stand by his own ordinances from age to age. Other religions lack a transcendent God altogether, and have, instead, only very powerful manifestations of conscious agency within the cosmic frame. Thus, these gods can never, regardless of their intentions, do the sorts of things that make properly theological faith possible for us. Worst of all are those religions in which their gods are actually hostile to human beings. I think, for example, of the cult of Moloch, who demanded child sacrifice in the ancient Near East, particularly but not exclusively from the Canaanites. No one could “have faith” in a god like that.

The tendency to misuse the term “faith” as synonymous with “belief system,” ultimately denudes the concept of faith of its real theological significance, and strips Judaism and Christianity of an important and defining distinguishing factor relative to any other religions, including most of Islam.

Of course, the worst abuse of the term “faith” is found in our contemporary Western Disney culture, where each child is catechized from an early age and exhorted with the words, “have faith in yourself.” I must believe, in this case, that I, who once was not, who clearly depend upon others for my own existence, who cannot overcome forever the dominion of death, can, nonetheless, place my whole confidence in myself, that I might sustain myself should the world itself give way. That’s what it means to have faith, in the proper theological sense of the term. From that point of view, having faith in myself is quite genuinely insane.