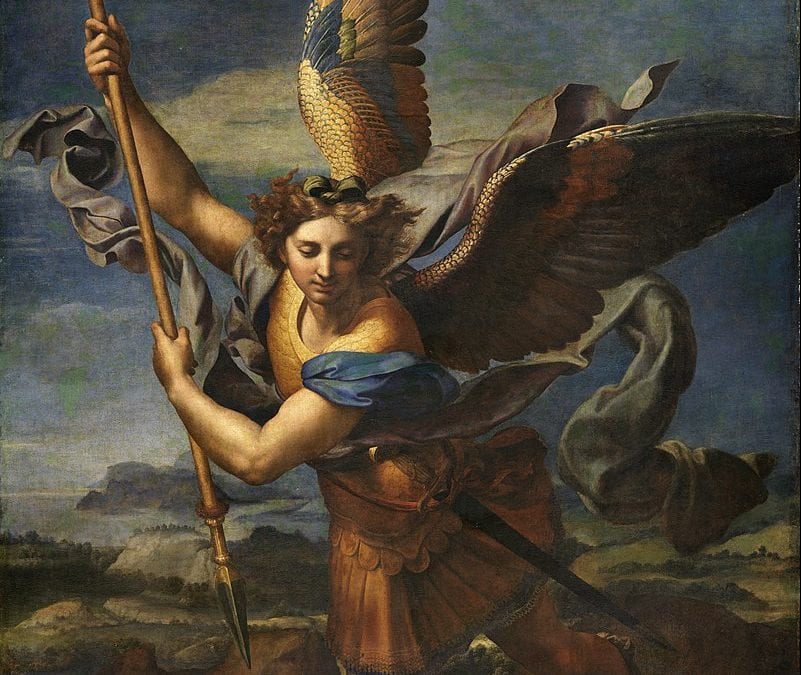 When asked what differentiates a Catholic perspective from a Protestant perspective on the world, many people today are inclined to say that it lies in the way we see human beings. Protestants, they’ll generalize, see human beings as basically evil, while Catholics see human beings as generally good. But this characterization, wide-spread as it is, especially among Catholics today, is a gross distortion. It’s also an ancient heresy called Pelagianism, after an Irish monk who taught that human beings could do the good they ought and live lives pleasing to God without the intervention of the grace that Christ alone provides.

In fact, both Catholics and Protestants would hold to the thesis that human beings are basically good, in a certain sense, but we’d also both hold to the view that, in another sense, we’re basically bad. We should note, too, that here, we’re talking about classical Protestants like Calvinists and Lutherans of the old variety.

So, we all agree that, as creatures, we’re God’s idea, and God’s idea is always a good idea. God doesn’t create evil. He creates good. So, in that respect, we’re good. And because God made humanity for union with himself, he made humanity for a good end. At least at the level of our nature, understood in this way, we’re a good thing.

On the other hand, it’s also true that both Catholics and Protestants would hold that human beings are basically bad. When Protestants speak of a “sin nature,” Catholics often hear them saying that we sin by virtue of God’s design. If we have a “sin nature” then we sin because we’re human; to be human is to be a sinner. This is what gives people the impression that Protestants just think people are bad.

But that’s not really what they’re saying. They’re saying that by virtue of our natural birth, which comes to us in the context of fallenness—what we would call, “original sin”—we don’t grow up straight or “just”. We grow crooked and twisted. We’re all born with a diseased soul just as we’re born with a diseased body: both will eventually die but for the miraculous intervention of God, and so, we’re already, in this sense, as good as dead at birth.

Catholics believe the same thing as far as this point goes, but, in the twentieth century, certain ideas entered theological discourse that led many people down an errant path.

Jesuit theologian, Karl Rahner advocated for a hypothetical “anonymous Christian,” whom he described as a person who, though he hasn’t been effectively evangelized, values the Gospel, at least implicitly. This is a fine concept and even a theologically necessary one if one wishes to account for the implicit longing on the part of the Old Testament saints for the fulfillment of an expectation that would arrive in a form they hadn’t anticipated. They longed for a world freed from the dominion of sin and death, and the believed that God would bring that world about. As St. Paul describes Judaism before the Incarnation event, they “put their hopes in Christ before he came” (cf. Ephesians 1:12).

The idea of the “anonymous Christian,” though, goes a little further than this. What about those people, if they exist, who would believe in Christ if only the gospel were presented to them in terms they were able to hear and understand? Even in the most demonic religions, there’s some glimmer of truth, which, if identified, could be placed within its true context and be exploited for the gospel. When we ask about the “anonymous Christian,” we’re asking about the guy who would embrace the Faith if it were presented that way—who, at the time he’s approached by the missionary, is already longing for something, he knows not what, to be true so that the world would be a place of hope and love rather than despair and discord.

Whether the idea of the “anonymous Christian” is a good or a bad hypothesis isn’t the point here. But I mention it because it’s led to distortions about what the Church teaches about the human person. As the “anonymous Christian” hypothesis took hold, it led to a quieting of the sense of urgency previously felt over the question of missionization and evangelization. If people could be saved already, even before they gain any explicit awareness of the gospel, much less before being received into the Church, why is missionary activity important? Real missionary activity, perhaps, is about bringing food and medicine to the less fortunate, a task well-meaning atheists are more than welcome to do alongside us.

As we said before, at root here is Pelagianism, erroneous though it is, and contrary to the constant teaching and tradition of the Church—the view that human beings are already, by nature, as good as they need to be, and able to live lives pleasing to God, even without the intervention of the grace that comes from Christ. Unfortunately, when people say that Catholics see people as basically good, that’s what they really mean.

But, in fact, the Catholic view about the human person is quite balanced. Once again, human beings are, indeed, good by nature, as creations of God. We’re made for a good purpose and our original design was fitting to it. But through the initial introduction of sin, our nature was wounded and perverted so we enter the world with disordered inclinations. We’re not born knowing and loving God as we ought, and we’re disproportionately concerned with our own power, pleasure, and wealth. Moreover, we find it much easier to sin than to do good, and while we have no virtues at all at the time of our birth, we’re born already with innate vices that’ll shape our moral profile for as long as we live. What I’ve described here, in laymen’s terms, is, in this order: 1) original sin, 2) disordered concupiscence, 3) the fomes, and 4) the capital sins.

In other words, while in one sense, human beings are basically good, it’s also just as true, but in a different sense, that human beings are basically and profoundly bad. It’s foolish to pretend this isn’t so. Naïve philanthropy is a notorious precursor to avoidable victimization. It’s also wise for us to remain aware of our own faults and to guard against them. And it’s dangerous to the souls of those we think we’re loving by leaving them as they are—without the gospel and the freedom it brings, to do the good we ought and to live and to love in conformity to Jesus Christ.