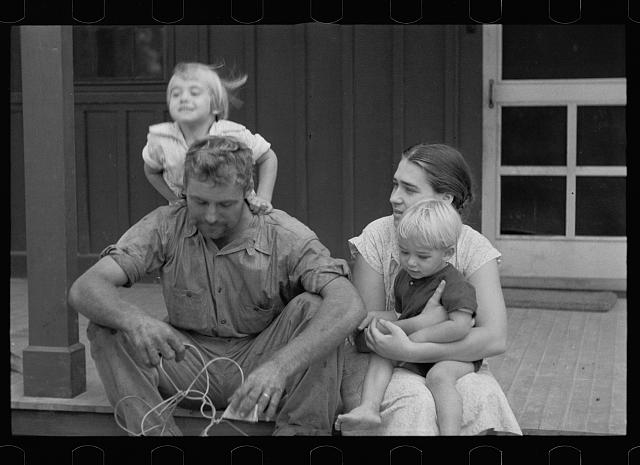 As I explained in a previous post, progressivism emerged from within classical liberalism as a corrective offshoot. The same thing is true of conservativism; originally conservatism was a reaction against classical liberalism. Conservatism is reactive but not reactionary in the technical sense, that is, conservatives did not advocate for a wholesale return to premodern tradition; rather they wished to correct some of its more misguided ideals by conserving certain elements of tradition.

Against the extreme individualism of liberalism, conservatives defended the importance of deep, authentic community.

Although they did not recover the traditional doctrine of the common good, conservatives insisted on the importance of community, shared-identity, and social solidarity. They recognized that real political life requires a strong sense of holding important things in common; they recognized that shared values, practices, and beliefs are important both for politics and human flourishing; they recognized that deep community cannot be created by bureaucratic programs. Accordingly, conservatives sought to preserve those things that naturally foster deep, authentic community: shared language, refined manners, parochial values, folkways, historical identities, and traditional religion.

Against the liberal advocacy for innovation and novelty, conservatives insisted on the importance of custom.

Conservatives defended custom for two reasons. First conservatives recognized the importance of custom for developing deep community. To the uninitiated, a particular custom may seem arbitrary or trivial, but for compatriots, customs are social practices that signify shared-feelings about life and death and a common sense of identity. Second conservatives regarded custom as a source of inherited wisdom; a resource for reflection and deliberation that we would be wise to respect. Conservatives rejected the hubris of the present and were willing to listen to the insights and experience of the past. No society can or should try to reinvent itself entirely each generation; rather we should build on the heritage that has come down to us through precedent and long-usage; doing so enables us to deliberate together on a basis of shared insights and values.

Against “enlightened self-interest,” conservatives insisted on the importance of character.

According to classical liberals, the “rational” calculation self-interest is a sufficient basis for politics. By contrast, conservatives recognized that “enlightened self-interest” is not a sufficient basis for real politics. Men need passion, fellow-feeling, and committed patriotism in order to achieve the cooperation and self-sacrifice required for flourishing political life. In other words, society needs men with high moral principles and passion— what C. S. Lewis called “men with chests.” But character of this sort is not fostered by selfish ambition; rather character is rooted in inherited symbols that unite and inspire; vistas of meaning and deep roots in time and place.

Against the secular tendencies of liberalism, conservatives insisted on the importance of public religion.

It is a matter of dispute whether liberalism requires the removal of established religion, but historically liberalism has tended in this direction. Conservatives thought this was a mistake for two important reasons. First, most conservatives considered it an injustice, that is, most conservatives (and some popes like Leo XIII and Pius XI) believed that God deserved the public worship and adoration of society. Second, conservatives believed that religion was an important source of public morality and stability and contributed significantly to creating authentic community.

Finally, in addition to correcting certain elements of liberalism, conservatives were passionately united in their opposition to the progressive movement.

First, conservatives rightly rejected the assumption that science is a sufficient basis for determining what should or should not be done. Humanity and human flourishing cannot be adequately represented by narrow scientific categories. Moreover, moreover, the drama of political and economic change is just too complicated to be governed by technocratic predictions and bureaucratic processes. At its core, conservatism rejects the intellectual hubris presupposed by both utilitarianism and progressivism.

Conservatism remains an important corrective to both liberalism and progressivism.

Conservatives are correct to insist on the importance of community, custom, character, and public religion, and they rightly reject scientific rationalism and utilitarianism. Nevertheless, it must be conceded that conservatism has fallen short of its aspirations; three reasons stand out.

Join Dr. Smith in the Forum to offer your thoughts on ancient wisdom and modern politics.